Further to my note below I’m heartbroken to announce that Kenny Doren passed away at home in Edmonton on Saturday September 22nd 2012 with his wife Gayle Schroeder by his side.

On behalf of all of us here at CASP who worked with Kenny over many years, our sincerest condolences to Gayle and to the rest of Kenny’s family.  Kenny played a huge and vital role in the research and development of the CASP site over and above his own creative output as a remarkably talented visual artist. He was all spirit, positive energy, a thoughtful creator and collaborator, and above all else a wonderful colleague and friend. Kenny made the world a better place in so many ways and we’ll miss him terribly.

Please consider helping the family by gifting Gayle directly at the contacts listed below. 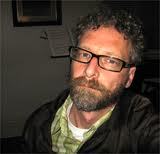 We’re very sad to report that CASP associate Kenny Doren’s pancreatic cancer has returned and he is in serious condition needing support of all kinds. If you’re a user of the CASP site please consider making a donation to Kenny and his wife Gayle as they deal with a very difficult situation.

EdVideo in Guelph  has relaunched a fundraising campain for Kenny. Click here to access the full story and a link to Paypal for giving.

“Kenny is not well.  The cancer has come back and he is too weak to
have chemo. The doctors are trying to control his pain but he still
has great discomfort in his digestive system.  The prognosis
given is not good, one doctor gave him four months to live back in
May.  Kenny has lost a lot of weight, is extremely weak and can’t eat
much.  He is also so sad and at times depressed, but given the reality
of the situation, I totally understand. It is so hard to see him like
this and it breaks my heart. It has been an extremely difficult time
these last few months, especially with moving to Edmonton and starting
a new job.  Also, I am now 6 months pregnant so it is an emotionally
overwhelming time.”

Anyone wishing to make a donation to help Kenny and Gayle during this difficult time may do so using the PayPal button located at the link above.  All money goes directly to them so charitable receipts cannot be issued.  Alternatively, cheques (made out to Gayle Schroeder), gifts, or letters can be mailed to:

Kenneth Doren is a Canadian multi-media artist and composer whose art installations, videos and digital operas have been presented in Canada, China, Finland, France and the U.S.A.  His practice employs musical interventions and political discourse utilizing video and performance.  He is an Ed Video honourary lifetime member and has been heavily involved with artist run centres and galleries across Canada.

You can read Kenny’s story on his blog, which he began when he was first diagnosed with  cancer while in Africa in the fall of 2010. Kenny went to Botswana, Africa, with his wife Gayle, for a volunteer opportunity. Unfortunately, while there, he was diagnosed with pancreatic cancer. Since then he has undergone two surgeries and multiple hospital stays. He  had to travel between Botswana and Johannesburg for ongoing chemotherapy treatment and has since returned to Canada for further treatment.

Please lend your support in whatever way you can. Thank you.